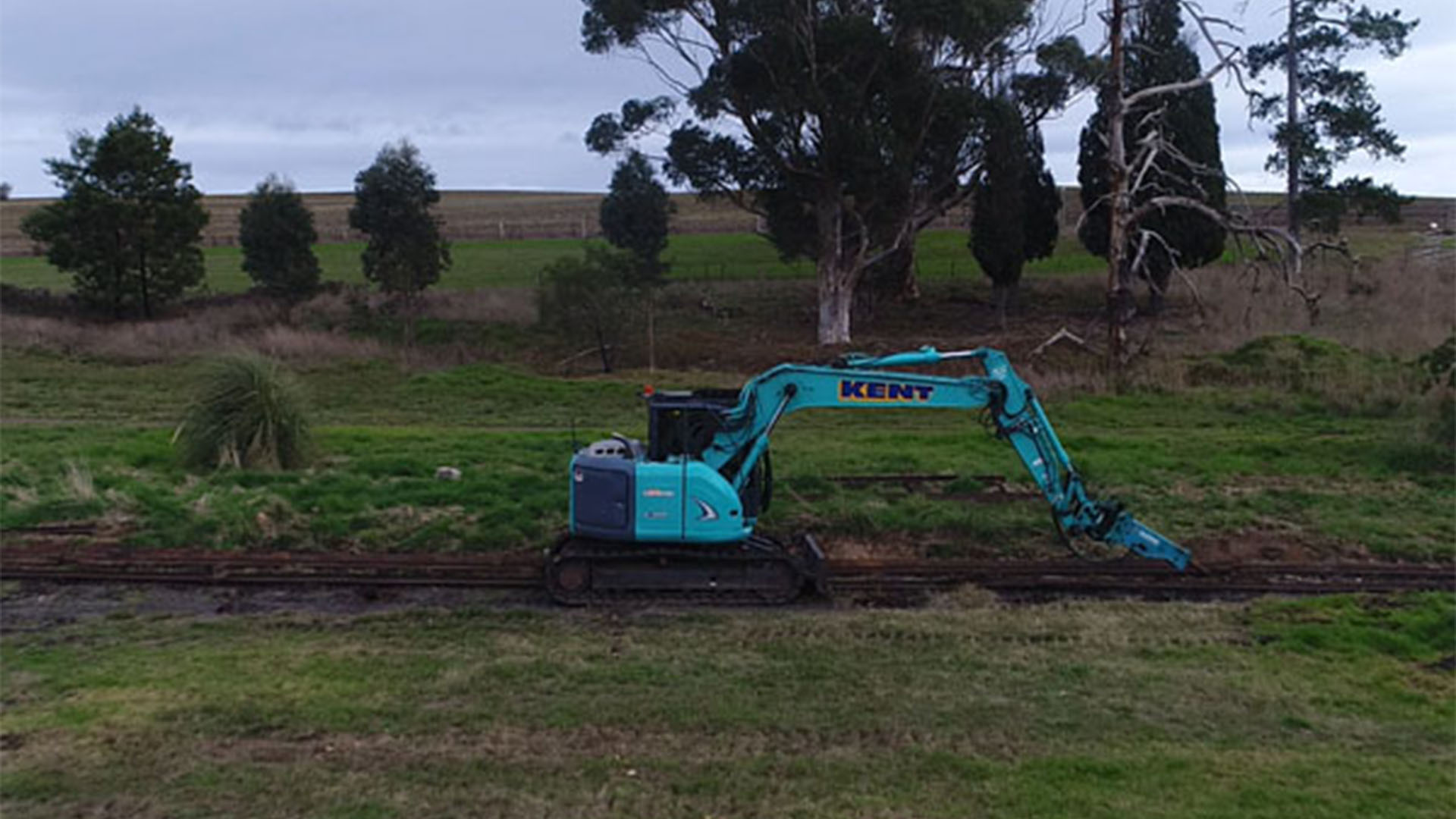 Major works are getting underway on the first stages of the Yarra Valley Trail, a project that will connect Yarra Glen and Healesville to Lilydale and the Lilydale-Warburton Rail Trail.

Construction is now in progress on Stage 1A of the Yarra Valley Trail, connecting Lilydale to Yering via a 7.5km stretch of trail along the former rail corridor.

Ryrie Ward Councillor, Fiona McAllister, said that residents and visitors to Coldstream would see works happening along the rail line.

“We’re very excited that work is getting underway on this project and that, later this year, riders will be able to see the first stretch between Lilydale and Yering,” Cr McAllister said.

“The first stage of the trail follows the alignment of the former railway line between Lilydale and Yarra Glen that operated for almost 100 years – this will be a view of the Valley that most people won’t have had access to for nearly 40 years.

“We’ve been working with the Yarra Valley Railway to make sure the trail works alongside their goal of opening a tourist rail line between Healesville and Yarra Glen – this includes developing shared visitor facilities at Yarra Glen Station to service all kinds of visitors that come past.

“When this project is finished, residents will be able to get out and about in a different way, with rarely-seen views of the Yarra Valley just a walk or a bike ride away.

“We expect it’ll bring tens of thousands of visitors into the Yarra Valley, who will visit businesses, stay and eat locally and get to enjoy the beautiful surrounds that we’re lucky enough to see every day.”

Stage 1B of the trail, which will connect Yering to Yarra Glen, will feature new and repaired bridges to replace the heritage rail bridges destroyed in the 2009 Black Saturday bushfires, along with a new bridge over the Yarra River. Construction of Stage 1B is expected to start in March 2020.

These bridges will keep the existing character of their original counterparts, retaining as much of the existing structure as possible and reinforcing them to make them safe for trail use.

The second stage of the trail will connect Yarra Glen to Healesville, while the third stage will connect Healesville to the Warburton Trail, joining the two major trails in a loop.